The 23rdof February in 2011 can be easily called the black date for many site owners. That day Panda Update started its work and the specialists compare the program with a hurricane that can quickly ruin the years of your labor. Many site owners criticize Panda – and it is easy to understand. The great number of sites lost traffic and traffic means money, as you see. Let’s try to be objective and find out the pros and cons of Google Panda Update.

Google Panda Update has a complicated algorithm. No one knows exactly the main “ingredient in the recipe” from Google – the principles of its work. But it is known that the new program has so-called “two layers” in its algorithm that help to low the rank of sites with the content of low quality and not interesting design. Thus, theoretically, if you have the design of high quality, easy navigation, many interesting articles, and a reasonable amount of advertisement, and then you can hope to occupy the leading position in the list of Google now.

Among cons the site owners mention such points like the amount of advertisement – who can tell exactly, what does it mean “too much”? Then it’s a pity that such interesting sites like Suite101, Ezine articles, and some others suffered from Google PandaFarmer Updates. The content there is really interesting, but it was written by simple writers and no one can prove that the information about the cancer treatment for example was written by a doctor and thus you can rely on it.

The importance of content occupies one of the leading positions now. Google Panda Update is killing the owners of sites with the right and attractive links but without articles full of serious and interesting facts. If you want to be on top or at least not to fall down extremely rapidly, give the panda articles! The page rank of many famous sites fell down because of Google Panda Update.

Amit Singhal and Matt Cutts try to stop the Internet revolution by giving an interview to the site Wired. They opened the mystery of Google Panda Update and told the smallest part of the secret of this system.

Before trying the new program, they sent the letters to many people who owned boxes at Google. They asked several questions that helped to form the standards of quality that lie on basis of Google Panda Update. Thus they asked people if they can write the number of their credit card at the site if they are ready to get the remedy from the side and give it to the child. They also asked, if the advertisement is annoying and what kinds of content are interesting for people. The answers helped to form the main criteria and they formed an algorithm from Panda.

What to Do to Occupy the Leading Position

Thus Google Panda Update will love you if the security of your site is high enough and you can protect your clients who left the credit card number at the site from unauthorized access to that information. If you have interesting and professional articles, if your design is attractive and the usability is easy and fast, the site will be successful. And forget about the great amount of advertisement – or your site will occupy the rightful place at the very end.

To some extent, Google Panda Update is a good idea as many site owners don’t care about their clients and print really boring articles with a lack of useful information. If you want to understand, if the articles at your site are good enough, simply ask yourself a question, if they will be printed in some newspaper or magazine?

Google Panda Update touched English sites as well as all the others of different areas and languages. Google Panda farmer Update is not the final variant and in 2012 about 550 modifications will take place. It is good news as maybe such interesting and popular sites like Ezine articles etc will occupy the rightful positions again. But there are people who are waiting for modifications with horror and are afraid that it will ruin their business on the Internet. 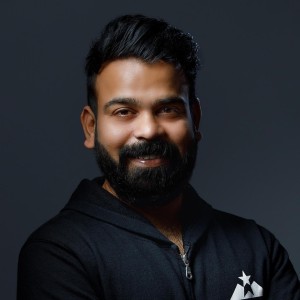